Good Contents Are Everywhere, But Here, We Deliver The Best of The Best.Please Hold on!
Data is Loading...

The site of this international competition is a village at the bay of Santander. The challenge was to re-develop a site which currently was occupied by the concrete apartment block. The solution proposed was to create an open space on this site, while underneath this plaza, subterranean seafood processing facilities and parking spaces were planned. To complete the plan, new houses were designed in line with the existing housing buildings. The concept developed for these houses was based on modular construction, allowing for amplification of the house at a later point in time, when needed. 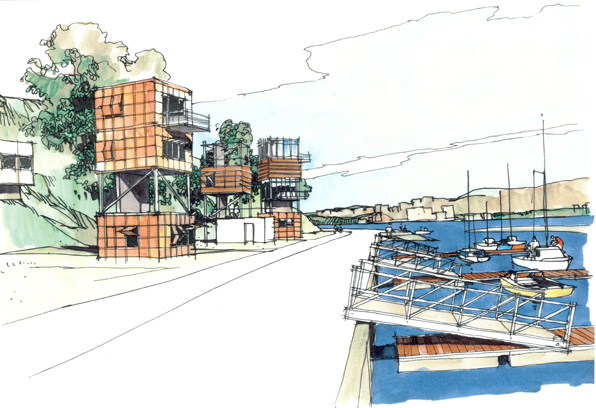